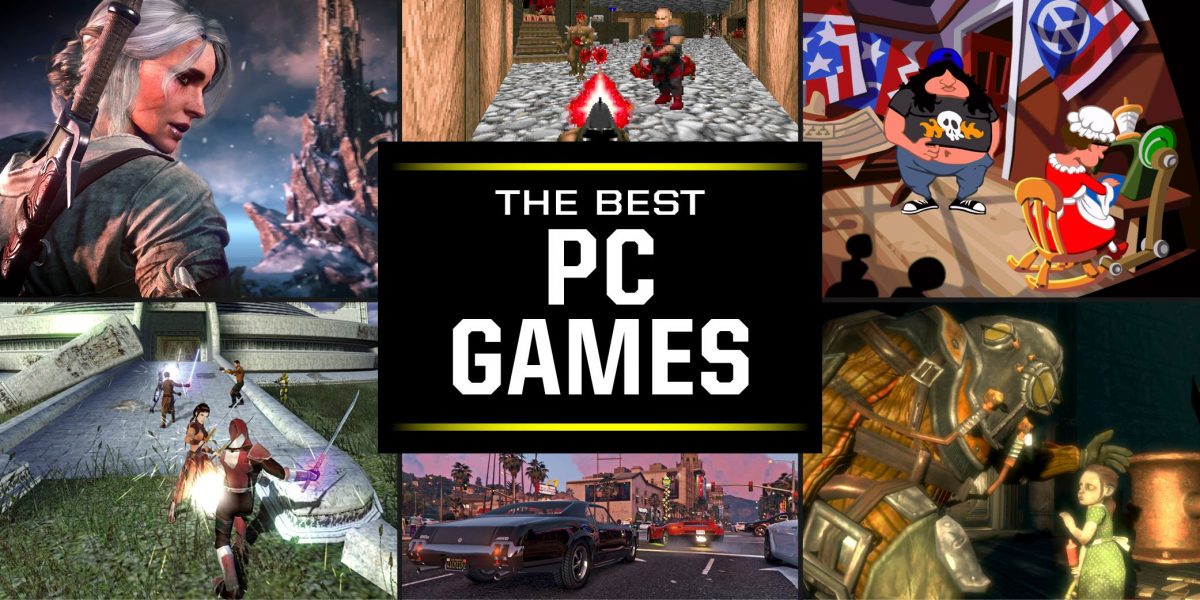 The Best PC Games That Never Get Old

A PC gamer is the one who plays all the latest games at their highest graphical limitations without having to bother what console specs confine and restrict. The device can be upgraded to a point where RAM, Graphic Card, motherboard, and processor deliver a gaming experience in the 8K resolution, which is larger than life....
READ MORE
SHARE
Facebook
F
Twitter
T
Google
G
COMMENTS

A PC gamer is the one who plays all the latest games at their highest graphical limitations without having to bother what console specs confine and restrict. The device can be upgraded to a point where RAM, Graphic Card, motherboard, and processor deliver a gaming experience in the 8K resolution, which is larger than life. Nonetheless, not all games ask you to upgrade your gaming computer, and decent gameplay can be accomplished without having to jack your devices. In this list, we offer you the best PC games that you should consider playing this year. Many of them have won several awards from different gaming communities across the globe.  These will include games from 2016 to 2021 and some of them require a high-speed internet connection to deliver the best user experience. So, if you are looking to get fast and reliable internet service, then check out Charter Internet as it offers incredible internet speeds with unlimited data. Now, pick up your ammo and your gear, while we lead you through the digital jungle of the best PC games.

A platform game where you play as Madeline and must climb a fictional mountain in the western part of Canada. She faces deadly traps on her way up to the summit while facing her worst fears and inner demons who take their own form as doppelgangers of Madeline. Frictionless and smooth in its gameplay, we could find absolutely nothing wrong with this game. Guaranteed to get you hooked for hours and takes just a little bit of practice.

An indie game with a never been applied imagery for a shoot and run gameplay, visually speaking. This gameplay is a 1930’s cartoon with a hint of Walt Disney animation style. The plot of the game revolves around the titular character Cuphead and his brother Mugman and their losing of a bet with the Devil in a casino game, which costs them their soul contracts. Now together they must come up with a plan to save themselves and all others indebted to the Devil. Boss battles in this game feel tougher than usual. There, you have been warned!

This role-playing action game can cause major fits of rage because it quits halfway through a mission and much more. Nonetheless, those that have played this game cannot get enough of it. With over 3 million copies sold during its initial release, it won the Game of the Year Award as well as the Outstanding Action/Adventure Game Award as well in 2016’s Golden Joystick Awards and 21st Satellite Awards, nominated this game.

A reboot of the famed FPS game that took the video game world by storm in the early ‘90s. A first-person shooter game takes the graphics and the gameplay up a notch by offering a fresh new take on your favorite characters from the original series. The plot involves the player controlling a space marine who must fight against the demons of Hell who have been unleashed on the planet Mars. With over 30 nominations since the years of its release, the game has won over a dozen of them.

This survival game offers a co-op sandbox based setting. The plot revolves around four players that work together to fight back zombies, prepare for a globally destructive storm in a hack, and slash gameplay. The game offers multiplayer matches as well as one-on-one battles. With over 1 million players and 500,000 pre-order copies sold, catch up on the ongoing frenzy and ‘Save the World’ on your own terms.

An episodic game, based on the mastery of stealth where the gameplay revolves around the player taking control of the legendary assassin code-named ‘47’ who fulfills missions for the ICA (International Contracts Agency). It is the sixth game in the popular series and was well received by critics and players alike. The game also won the Best Game of 2016 Award from Giant Bomb, saying that the overall experience was quite exhilarating, to say the least.

The successor of sorts to the eerie 2010 game ‘Limbo,’ which won several accolades on its own, this game picks the graphics up a bit as the developers delve into the even more sinister plotline. The game is simple to play and is a brainteaser nonetheless, acting as a puzzle-solving platform. The plot involves a boy who the player must reach his final destination, not literary though. With more than 50 nominations out of which it won more than 15, it is a must-play game for riddle solvers.

Enter the world of J.R.R. Tolkien’s creation in this action-adventure game that offers open-world gameplay. This third-person viewing game pits you against the powers of Sauron for revenge against the loss of a wife and son. With nearly 88 nominations out of which it won 39 of them, it is one of the best games to come out recently and the sole reason we included this game in our list. Intriguing story and plotline, as well as advanced combat mechanics, make it quite an experience especially for J.R.R. Tolkien fans across the world.

This is all for today, connect to a fast internet connection to play the aforementioned games and stay tuned for more interesting updates in the near future.